Yosemite National Park, one of the first wilderness parks in the United States, is best known for its waterfalls, but within its nearly 1,200 square miles, you can find deep valleys, grand meadows, ancient giant sequoias, a vast wilderness area, and much more.

Here the Sierra Nevada rises to more than 13,000 feet. The mountain atmosphere is enhanced by the stunning scenic vistas of this truly unique part of the world. Immortalised by the photographs of Ansel Adams, Yosemite has become one of the ‘must–sees’ for visitors to California including its granite monoliths such as El Capitan.

To the south of Yosemite, Sequoia National Park is an unspoiled treasure of some of the most striking scenery in the world. From its towering giant sequoia trees and soaring mountain peaks to cascading creeks, flowering meadows and star studded evening skies, nature’s size, beauty and diversity can be experienced. Sequoia is contiguous with Kings Canyon National Park and spans over 400,000 acres.

Whilst in Death Valley you can find spectacular wildflower displays, snow covered peaks, beautiful sand dunes, abandoned mines and the hottest place in North America. Just 120 miles northwest of Las Vegas, Death Valley National Park is made up of more than 3 million acres and 90 percent is wilderness!

The Oasis At Death Valley 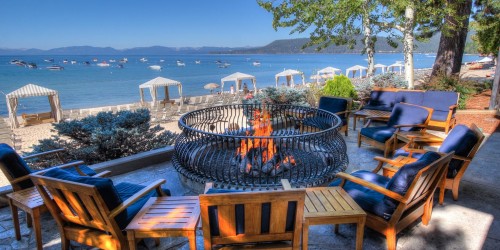 We have travelled extensively in California and are happy to help plan a trip just for you.

Or send us a message.

Did you know that your Internet Browser is out of date?

Your browser is out of date, and may not be compatible with our website. A list of the most popular web browsers can be found below.